Bisso Na Bisso is your perfect introduction to African hip hop music if you like French hip hop artists: While the rhymes feel comfortably familiar, African soukous beats kidnap you into an exotic, but friendly and welcoming part of the world.

You will never want to return again!


Back in 1999, eight well established rappers came together to record an awesome album. Passi, Ben-J, Lino, Calbo, Doc, G Kill, Mystik and the only lady M'Passi have one thing in common: Although living in France, each of them originally comes from Congo.

The name of the group makes sense: In the Congolese language "Lingala", Bisso Na Bisso means something like "between us". Their plan was to honor their African roots with a unique album: 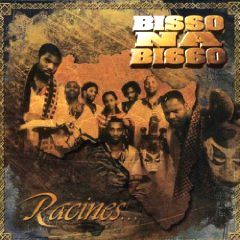 "Racines" means "roots" in French. And that's what the group so successfully incorporates into their urban rap music: The album comes to life with Congolese rumba and soukous rhythms. It takes you from European cities down to colorful African villages.

With Racines, the group saw immediate success in 1999. It received a Kora award for the best African group and for the best video clip. They toured the world and sold their album over 200'000 times.

I didn't know any of this though when I bought the album. It was the first African record I ever purchased and I just loved it. I still do! There's something magic about it. Ask any Congolese about Racines and he or she will turn melancholic. This album really was one of a kind.


10 years after their first project, the rappers came together again and released another album: "Africa".

Can it meet the fan's high expectations? That you'll have to decide yourself.